One hundred twenty-two Iraqi universities and colleges in webometrics ranking

One hundred twenty-two Iraqi public and private universities and colleges achieve competitive results in the Spanish webometrics classification, within the second half of 2022.
And the official webometrics classification website (www.webometrics.info/en/Asia/Iraq) indicated that Al-Manara College of Medical Sciences ranked (21425) globally, and (94) locally, out of eleven thousand nine hundred and ninety-four universities around the world.
The webometrics ranking (which is affiliated to the Higher Center for Scientific Research in Spain, which is issued semi-annually) is based on indicators that measure the virtual presence of universities through their sites, and indicate the percentage of clarity (50%), transparency (10%) and the strength and excellence of research (40%). 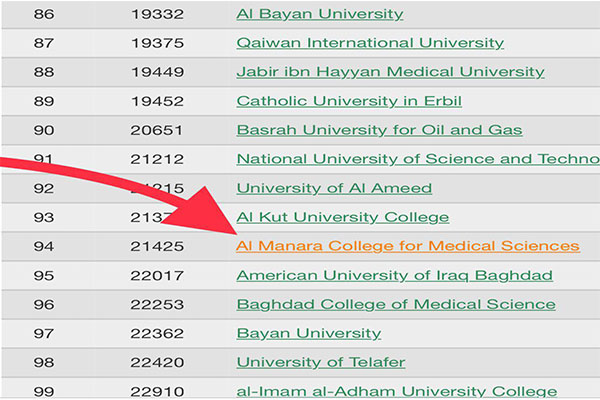