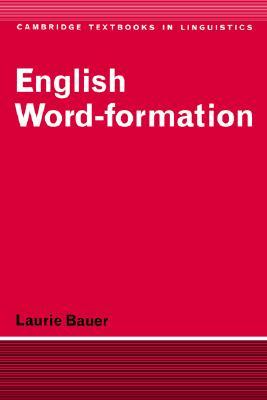 Interest in word-formation is probably as old as interest in language itself. As Dr Bauer points out in his Introduction, many of the questions that scholars are asking now were also being asked in the seventeenth, eighteenth and nineteenth centuries. However, there is still little agreement on methodology in the study of word-formation or theoretical approaches to it; even the kind of data relevant to its study is open to debate. Dr Bauer here provides students and general linguists alike with a new perspective on what is a confused and often controversial field of study, providing a resolution to the terminological confusion which currently reigns in this area. In doing so, he clearly demonstrates the challenge and intrinsic fascination of the study of word-formation. Linguists have recently become increasingly aware of the relevance of word-formation to work in syntax and semantics, phonology and morphology, and Dr Bauer discusses – within a largely synchronic and transformational framework – the theoretical issues involved. He considers topics where word-formation has a contribution to make to other areas of linguistics and, without pretending to provide a fully-fledged theory of word-formation, develops those points which he sees as being central to its study. The book draws on a wide range of sources, and general points are illustrated from a variety of languages. As the title suggests, though, the exposition is principally illustrated with material drawn from English, including close analysis of a number of sets of neologisms. A survey of the types of word-formation found in English is also included. Some background in linguistics is assumed, but students of linguistics and English language with no previous knowledge of word-formation or of morphology at all will find English Word-Formation an accessible and stimulating textbook.