Al-Manara College of Medical Sciences in Maysan is within the Spanish Webometrics classification.

The Supreme Council of Scientific Research of Spain has released the first edition of the Webometrics Ranking for January 2022.

The classification is based on three criteria:
VISIBILITY
TRANSPARENCY
EXCELLENCE

The college is striving to increase the percentage of research published in international repositories, because of its impact on increasing the citation rate added to the college’s balance within Google Scholar to ensure advanced ranks in all international classifications approved by the Ministry of Higher Education and Scientific Research. 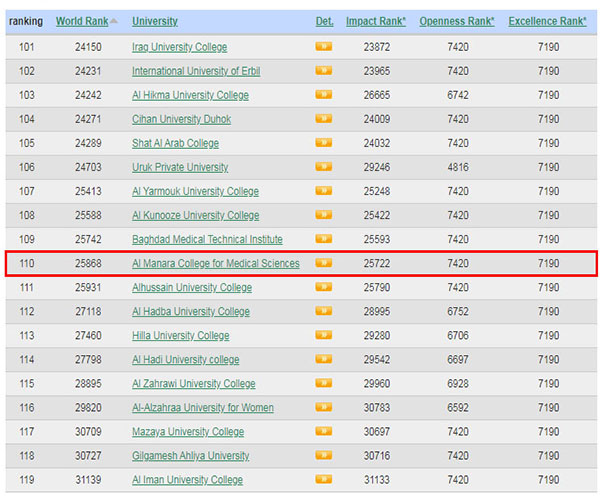